Review: This Shattered World by Amie Kaufman and Meagan Spooner 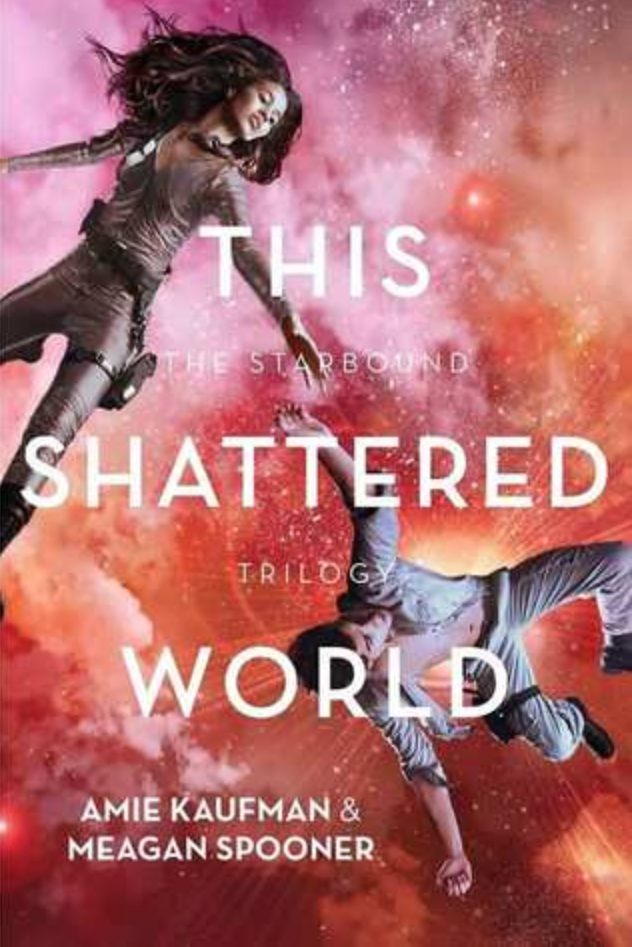 These Broken Stars by Amie Kaufman and Meagan Spooner was my favourite book of 2014. To say I eagerly awaited the sequel was an understatement. With my hopes set extremely high, I started reading This Shattered World with some trepidation. Could the sequel live up to its predecessor? I am happy to report that not only did This Shattered World match These Broken Stars in terms of reading enjoyment and satisfaction, but it surpassed book one with its level of world building, plot and complexity.

In This Shattered World, Kaufman and Spooner focus on a war-torn planet: Avon. Avon is noxious to its inhabitants: there are no visible stars, everything smells of swamp and there’s something in the environment that incites an uncontrollable rage. Only soldier Jubilee Chase and the colonists are immune to this ‘Fury’. Added to this is a rebellion stirring within the labyrinth-like swamplands, led by local boy Flynn Comarc. Flynn demands answers as to why Avon has failed to terraform and thus left the locals stranded in a semi-inhabitable planet. Soldiers, such as Jubilee, have been sent to Avon to keep the peace. But when Jubilee and Flynn’s paths cross, the war heats up—with Jubilee and Flynn caught in the middle.

I powered through This Shattered World, revelling in the wonderful and complex world and likeable 3-dimensional characters. Kaufman and Spooner have a knack for creating immediately engaging stories. The characters leap from the page and the different planets' history and backstories are the right blend of familiar and otherworldly. You can understand how tempers from the locals would flare to the point of a rebellion, and how military would be implanted to try and keep the situation under control. It’s this balance of the familiar yet different that grounds This Shattered World in reality, making the sic-fi genre accessible to a wider audience.

The element of romance is not as central as in These Broken Stars, but there is more at risk with Jubilee and Flynn’s forbidden attraction. The fact that Jubilee quotes Romeo and Juliet in the first chapter mimics what is at stake for these two star-crossed characters.

I’m not usually a fan of dual points of view, but alternating chapters between Flynn and Jubilee lets Kaufman and Spooner delve deeper into their characters, their thoughts and motivations. It fleshes them out, and lets you empathise with both sides of the war. There are many of shades of grey in This Shattered World—aside from the main antagonist, who is plain evil—which is great to see in a novel about war, albeit a fictional one. There is truth and deception on both sides, and it fascinating to watch both characters evolve as they investigate the reality at the core of Avon's instability, both environmentally and socially.

I loved This Shattered World. It’s an epic story as well as intimate, personal journey for characters Jubilee Chase and Flynn Cormac. I can’t wait for the final instalment in The Starbound Trilogy.

I give This Shattered World 5 out of 5 stars.


*Many thanks to Allen and Unwin for the advanced copy.