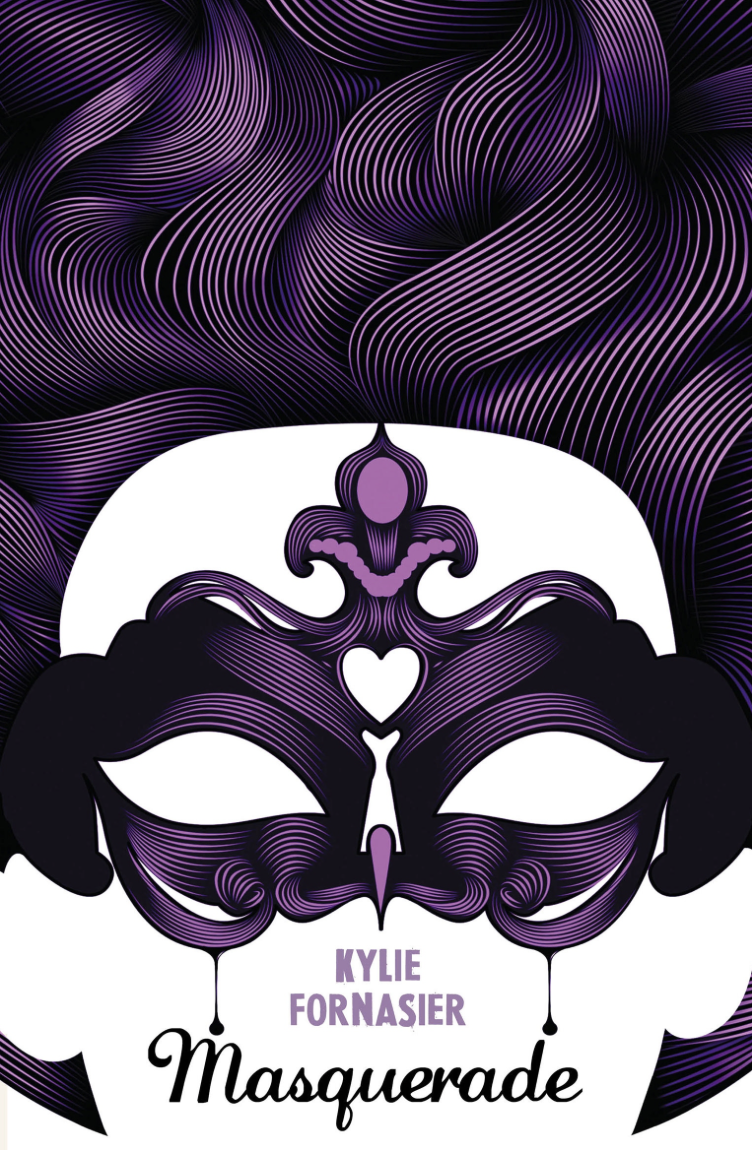 In the glittering masked world that is the Carnevale of 1750 everyone has a secret . . . Seven teens, from the highest aristocrat to the lowest servant are all consumed by their own secrets: their loves, desires, loyalties and betrayals.
Their entwined dramas are played out in Venice's ballrooms, theatres, palazzos and promenades where delicious gossip, devilish fun and dangerous games threaten to unmask their secrets and even destroy their lives.
All the world's a stage.  Let the show begin.

Masquerade follows the lives and loves of seven teenagers through one eventful Carnivale. In 1750, Venice is a beautiful but dangerous city that thrives on gossip and deception, where people, and their intentions, are never quite what they seem. Through this swirling tale of disguises and deceit, seven main characters learn the truth about themselves, and each other.

Masquerade depicts the tale of young Orelia, who arrives in Venice to seek answers to her past. She moves in with her uncle and cousins but is sworn to secrecy as to her real identity, and must pretend to be her Uncle’s goddaughter instead. He does not explain his reason for the deception, and from here on, identity becomes a fluid concept with all the characters pretending to be anyone but themselves. Yet it is through their various masquerades that they begin to discover who they really are and their heart’s true desires.

Although the characters enjoy the sights and splendour of Carnivale in various Venetian locations, the action and events feel contained—as if restricted to a play’s stage. This almost claustrophobic environment continues to entangle the main characters together, increasing the tension and propelling the story forward. I could easily see how this novel could be adapted as a play, as all the meaningful moments happen on the page and where backstory and important information is often narrated from one character to another.

The characters are the real joy in Masquerade, with numerous contrasting personalities as different and sparkling as the costumes and masks they wear. I particularly liked Veronica, a strong-minded young woman with a passion for oil painting and cynicism of love. I found her character journey the most enjoyable to read and Fornasier left me wanting to know more.

Following numerous main characters from different social hierarchies, provides a broad view of Venice, including the highs and lows of living in such a vibrant, almost alive, city. The downside to juggling so many characters is that we only scratch the surface and sense a hint behind the mask each character wears, and there’s not as much time to delve deeper into their thoughts and motivations. I wished the chapters were longer, allowing us time to breathe and settle within the character’s skin before moving onto the next character.

Masquerade does a spectacular job of captivating the sights, sounds and smells of the era and setting. While I’ve never been to Venice, after reading Masquerade I feel as though I’ve navigated the winding cobbled alleyways, travelled down the canals on a gondola and attended a glistening masked ball. I really enjoyed the details of Venice and Carnevale and would happily spend more time there with Fornasier as my guide.

*Many thanks to Penguin Books Australia for the advanced reader copy.