Review: Don't Even Think About It 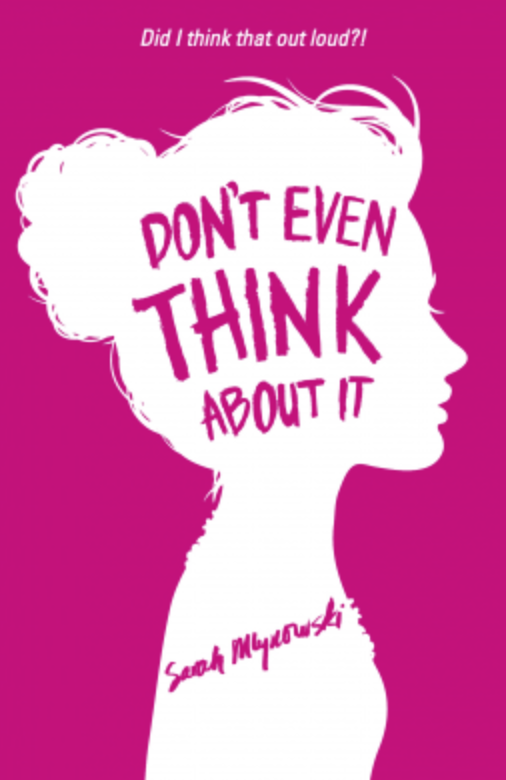 Imagine if EVERYONE could hear your thoughts: your best friend, your worst enemy, your secret crush...
This is the story of how we became freaks. It's how a group of I's became a we.
When Class 10B got their flu shots, they expected some side effects. Maybe a sore arm. Maybe a headache. They definitely didn't expect to get telepathy. But suddenly they could hear what everyone was thinking. Their friends. Their teachers. Their parents. Now they all know that Tess has a crush on her best friend, Teddy. That Mackenzie cheated on Cooper. That Nurse Carmichael used to be a stripper. Some of them will thrive. Some of them will break. None of them will ever be the same.
A smart and funny story about friendship, first love and surviving high school from the bestselling author of Ten Things We Shouldn't Have Done.

There’s no denying that Sarah Mlynowski’s Don’t Even Think About has an interesting premise: a flu shot transforms a group of high school students into telepaths, or Epsies, as they’re called in the novel. But rather than focusing on the hows and the whys, we follow six main characters from the homeroom class who received the faulty inoculation and how they deal with their new abilities and the secrets they uncover.

The novel isn’t written from the perspective of one character, or a few characters, but rather all the characters. This is a neat narrative technique that allows you to travel between the character’s minds seamlessly, cleverly emulating the abilities of a telepath. I was hooked from the first few pages, imagining all the interesting paths the novel could take. Sadly, the book didn’t fulfil this potential, but went in another direction that I found less satisfying.

The all-knowing, almost omniscient, narration grates quite quickly. We never stay long with a character’s perspective, flitting between the characters' thoughts, which makes it difficult to connect with them. I felt this scattered perspective was at the expense of the reader’s enjoyment and experience of the story. It becomes a rather fretful and headache inducing read—which, coincidentally, is a side effect that the Espies suffer.

The main question that this book centres around is not what you would do with these abilities, but rather the dirty secrets and thoughts everyone else keeps. I couldn’t help but worry about the future of society: Do we all really think such horrible things about each other, all the time? Are we all liars and cheaters? There were only two characters in the book that I found empathetic.

I'll admit that my difficulty with this novel was mostly due to my expectations. From reading the blurb, I assumed this group of telepathic teens were going to do something with their abilities, or do something about them. Perhaps I’ve read too much dystopian YA, but I expected some uprising against a government conspiracy, or some search for answers to their condition. However, it was all about who liked whom, who was hiding secrets and who had cheated on who. I felt the concept had much more potential then was tapped into here, which was unfortunate.

Whilst I am older than the intended target audience, I do read a lot of YA and rarely feel too old for the book. However, reading Don’t Even Think About It made me feel ancient. The tone leaned more towards middle grade than YA, although the secrets and lies all focused on more PG-13 related issues. It was a confusing mix.

Even though this novel is marketed more for lovers of contemporary YA rather than speculative fiction, I felt there still needed to be a touch of science—something to explain the kids new found ESP. My main concern was that I couldn't suspend my disbelief: the rules and logic to the powers didn't gel for me, like their eyes turning purple. I wanted to know how this was related to ESP and the faulty inoculation.

I really tried to enjoy Don’t Even Think About It for what it was: a light and entertaining read, but I was unable to avoid feeling disappointed with the direction the story took. I think if I had started reading the novel with different expectations then perhaps I could have enjoyed it more.

*Many thanks to Hachette Children's Books for the advanced reader copy.
Posted by Astrid Scholte at 16:01

Email ThisBlogThis!Share to TwitterShare to FacebookShare to Pinterest
Labels: Book Review, Don't Even Think About It