Movie Review: How to Train Your Dragon 2 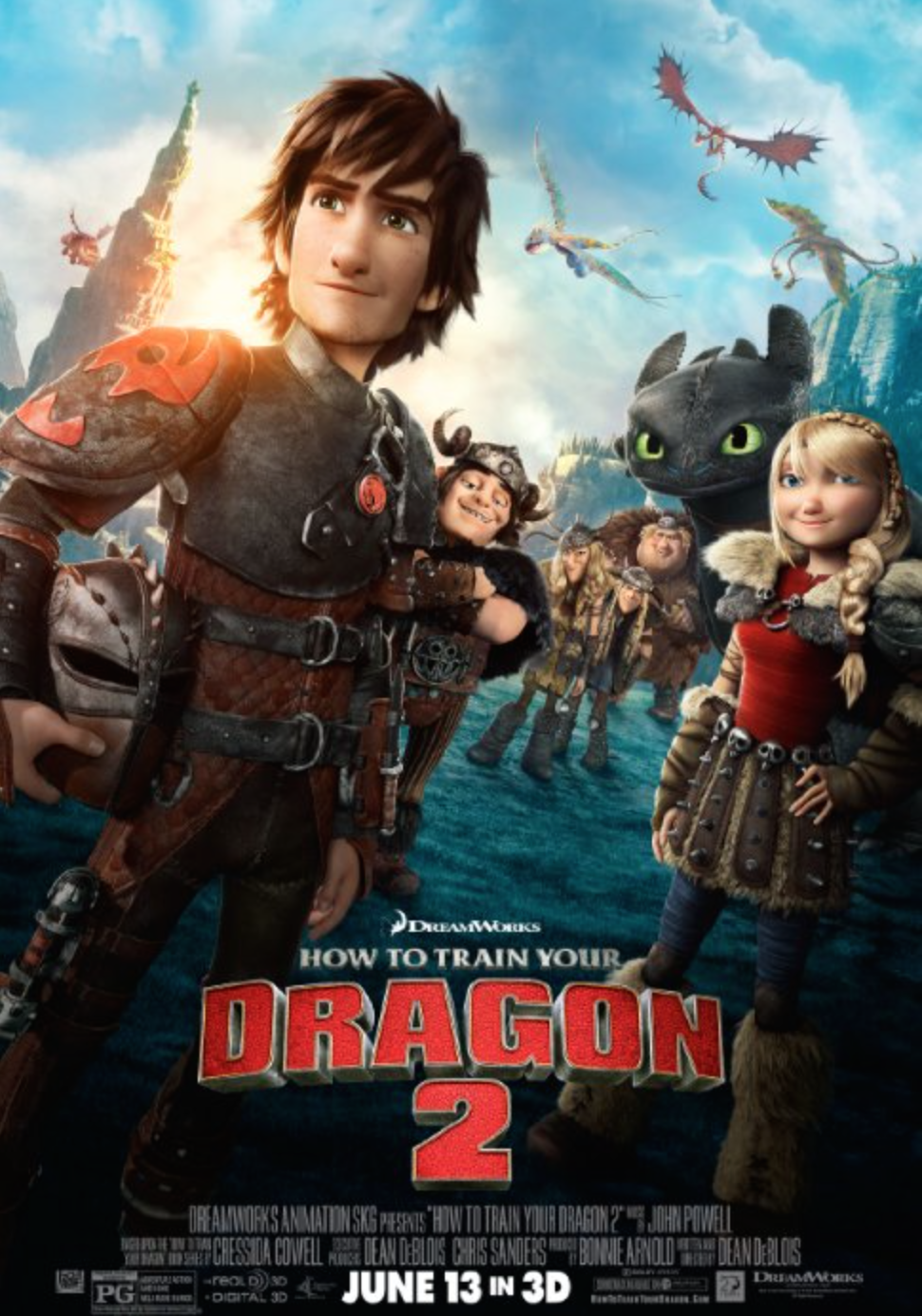 How to Train Your Dragon 2, like all good sequels, raises the stakes. Everything is bigger and bolder: the scope of the world, the themes and, of course, the dragons. It’s a darker instalment than the original, but it is all the better for it.

When we return to Berk, five years after the events of the first movie, we find Hiccup skirting his duties as the chief’s son and out exploring the world with his best pal, and dragon, Toothless. Hiccup admits he doesn't know who he is yet and shies away from the responsibilities of being the next chief. He’s an explorer, a dragon master, and is more interested in discovering the world than staying in Berk and protecting the clan.

We are reintroduced to the colourful characters of Berk and their beloved dragons through a dragon race: a vibrant and energetic opening scene that is a welcome return to the wit and charm of the first film's thrilling flight sequences.

But not all is well in the world of Vikings and their pet dragons. There are dragon catchers about: capturing dragons for the dastardly Drago Bludvist, who’s intent on building an unstoppable dragon army. Up until this point, only the mysterious dragon rider—who rivals Hiccup’s control over the species—has managed to foil his plans. But as Drago sets his sights on Berk and their dragons, Hiccup must accept his responsibilities as the chief's son and protect the clan.

How to Train Your Dragon 2 is a bolder, more mature film than the original, with themes comparable to a Young Adult novel rather than a children’s book. Questions of identity, growing up, facing responsibilities and finding your place in the world are at the heart of this story, which is central to many Young Adult novels.

That’s not to say that this can’t be enjoyed by younger cinema goers, but rather that it can be enjoyed by audiences of all ages—like all great animated films. Children will revel and delight in the broad spectrum of colours and dragons and ooh and ahh at the soaring flight sequences. And older viewers will enjoy the more complex storyline that includes some unexpected, and dark, twists and turns.

Whilst the film is darker, elements of humour are retained from the first film; I particularly enjoyed Berk’s version of a crazy cat lady with her numerous, clingy dragons. And the voice cast including Jay Baruchel, Gerard Butler, America Ferrera and Kristen Wiig continue to delight in their roles, with Cate Blanchett as a wonderful addition.

The film's visuals are simply spectacular: the quality of animation, textures and effects are outstanding with Stoick’s beard as a standout. The set pieces are more impressive this time around, particularly the semi-transparent ice cave which houses the swirling and swarming colourful dragons. But the real star of the show, as in the original, is Toothless: a catlike black dragon that is so adorable and lovingly rendered that every cinemagoer is bound to want a Toothless of their own.

I thoroughly enjoyed How To Train Your Dragon 2 and look forward to seeing it again, this time in 3D.