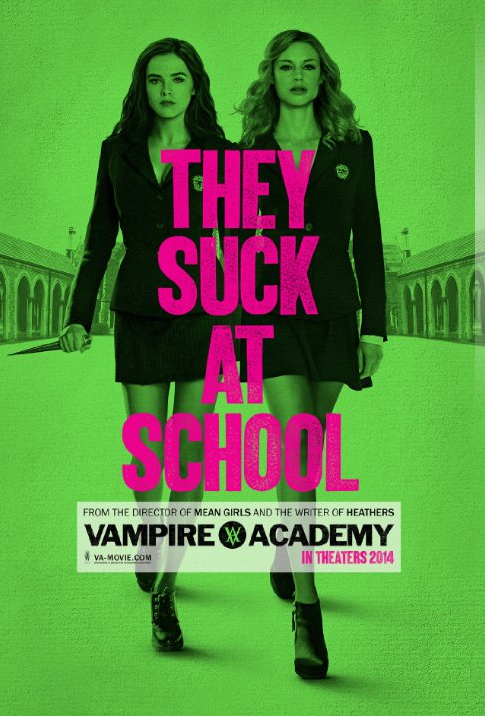 Not all good books make for good movies. In fact, a film often pales in comparison to the original source material. This is due to the fact that they are two very different mediums with unique story telling traditions and techniques. There’s a fine line between being too faithful to a book versus making changes that work for the medium. Filmmakers don’t want to offend fans of the book, yet they also want to draw in new audiences. It’s a balancing act. But they shouldn’t treat the mediums the same, because as audiences, we certainly don’t.

Reading a book is a personal, mostly solitary experience; the process can take weeks or hours, depending on our reading habits—or spare time. Movies, on the other hand, are restricted to around two hours of (mostly) uninterrupted viewing. We have limited time to explore the characters and plot. Subtlety is often glossed over and background details and mythology are rushed. Lately mainstream films show preference for action and spectacle over quieter, meaningful story telling. There isn’t the same space to breathe and explore as in novels. There isn’t the same time to read between the lines. Therefore, film is often a much more blunt form of story telling—don't get me wrong, I'm a huge proponent of both film and novels.

Although the mediums are different, much of what works well in a novel should translate easily on screen. A good story, is a good story, right? Often I’ll read a book and think, yes, this would make a great film. Either the scenes are highly visual or the story is immediate and impactful. However, when I read Vampire Academy, whilst I enjoyed the book, I was unsure how well it would translate to the big screen. Much of the novel is spent setting up the characters and their relationships (like many first books in a series) and there were only a few key scenes I could visualise as being successful on the big screen. As I mentioned in my review of the book, the heart of the story focuses on the friendship between two best friends. This personal and intimate focus is hard to replicate within a two-hour movie timeframe, hence I was hesitant to watch the film.

Yesterday, I finally watched Vampire Academy with a group of VA fans. Whilst I had read some negative reviews, I was determined to go in with an open mind. It helped that I was surrounded by VA fans, the buzzing atmosphere was contagious. Yet after the credits rolled, I had to collect my thoughts before I could voice my opinion on the film. Whilst I had no overwhelming love for the big screen rendition, I didn’t dislike the movie either. It was fun and enjoyable, although I was left feeling a little indifferent about the experience.

Certain parts of the film worked well, I particularly enjoyed Zoey Deutch’s snarky and sassy portrayal of the character Rose, yet other elements were not as successful. Due to the film's restricted duration, there wasn’t enough time to build empathy for Lissa’s plight (played by Lucy Fry). Another element I didn’t fully connect with was the romance between Dimitri  (Danila Kozlovsky) and Rose. Again it felt too rushed, although the end scene was highly enjoyable and succeeded in replicating the book’s blend of romance and humour. Other plot lines that resolved well in the short running time included the character arc of Natalie and her father. However, subplots involving the scheming, revengeful Mia and the confusing behaviour of the school’s headmistress, felt muddled and unresolved.

Whilst Vampire Academy was not the most successful book to film adaptation, it was certainly not a bad film. However, I believe VA would have been more successful as a television series, making the smaller, intimate moments more meaningful. The extended timeframe of a television series would provide the opportunity to delve deeper into characters, allowing us to connect and empathise with them over time. I really wanted to be moved by the emotion in Lissa’s final speech, but unfortunately I felt disconnected from the goings-on. The film was too bogged down by having to introduce the book’s mythology and various characters in a short space of time to allow for a stronger emotional response. If the plot and mythology had unfolded week-by-week on the small screen, this would have greatly improved the audience’s connection to the story and characters.

Unfortunately, due to low box office attendance, it appears that a Vampire Academy sequel may be off the cards, for now, anyway. Whilst I empathise with VA fans’ desire to see more of the series on-screen, I would advocate for a television series, rather than another film. I believe this would provide a more faithful and satisfying rendition for fans and newcomers alike.

What's your favourite book to film adaptation? I loved Warm Bodies, both the novel and the film. Please let me know in the comments.