The Fault in Our Stars movie review

*Please note: there are spoilers in this review. For those who have not read TFiOS, you have been warned. 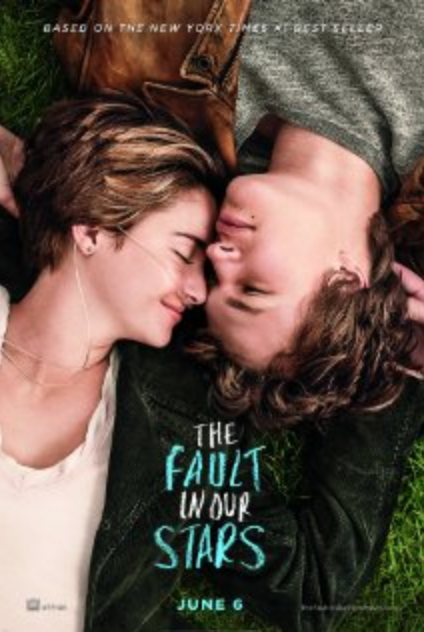 Audiences go to the movies for escapism – for a glimpse into someone else’s life or to be transported into another world. We want to forget there’s a screen separating us from the world depicted onscreen and that we are watching real people with real stories – regardless of the genre. Many films fail at this believability, yet The Fault in Our Stars—or TFiOS as it’s commonly known—succeeds on all levels.

TFiOS is based on the novel of the same name, written by young adult author, John Green. The book has had incredible success since its 2012 debut for both teenage and adult readers alike. TFiOS’s narrator is Hazel Grace Lancaster, who at 16 has surpassed her life expectancy by a few years, thanks to a cancer shrinking miracle drug. But her parents think she’s depressed, which Hazel admits is “a side-effect of dying”, and she’s forced to attend a cancer support group to make friends. Here she meets 17-year-old Augustus Waters, who lost his leg to cancer but is now in remission. The two bond immediately, not over their cancer stories but their unique and quirky view on life.

The cast of TFiOS are perfect. Shailene Woodley and Ansel Elgort are not merely acting as Hazel and Augustus, but become Hazel and Augustus. It’s rare for that line between actor and character to be completely blurred, but both young actors do an outstanding job of bringing these characters to life.

After seeing Divergent, where Woodley was the main star with varying degrees of believability, I was a little concerned as to how she would tackle the serious subject matter of this film. I shouldn’t have worried. Woodley’s acting is simple yet heartbreaking. As Hazel, she’s young, raw and brave. And Elgort portrays Augustus with equal parts of likable boyish charm and tangible fragility. The two are beautiful together.

Whilst I enjoyed the novel, the snappy dialogue and jovial attitude (especially in the beginning) feels a little unrealistic for teenagers dealing with cancer and death. The film, however, is more successful in balancing the bitter and sweet tone. My other issue with the novel is that the characters all have the same sense of humour – with the author’s voice shining through. And whilst the film lifts dialogue directly from the novel, the actors are able to make it their own, bringing warmth to the characters and their witty repartee. It is a rare book-to-film adaptation that improves on the source material.

In the novel, the scenes that never failed to make me cry involved Hazel’s parents and the injustice of knowing their terminally ill daughter is likely to pass before them. Laura Dern and Sam Trammell are fabulous as the Lancasters, although their screentime is rather short. Their blend of love, tears and humour are incredibly believable. Dern, in particular, did a fantastic job, she was the first to bring tears to my eyes.

Whilst the story is incredibly sad, it’s not depressing. TFiOS doesn’t want us to pity the characters but rather shows us the raw realities of cancer and how it affects those around them. Most important of all, it portrays on Hazel and Augustus as real people – cancer is not their defining characteristic.

Often there is criticism of YA novels where romance is at the heart of the story, as if teenage relationships are not as important, simply due to their age. Yet, Hazel and Augustus’s love story burns brighter due to their shortened lives. Their love is meaningful and valid and is not belittled or diminished because of their age. I believe it is this respect given to the lives and loves of Hazel and Augustus that appeals to younger readers and is key to successful YA - whether it be contemporary romance, dystopian or paranormal.

TFiOS is one of the strongest book-to-film adaptations I’ve seen in some time. Everything added, or subtracted - such as the superfluous subplot of Augustus’s last girlfriend, works for the adaptation. I also really enjoyed the nods to the book’s fans, like the use of the novel’s typography and the neat way emails and text messages are displayed onscreen. The fantastic soundtrack is an added bonus.

Whilst Hazel and Augustus’s circumstances are tragic, The Fault in Our Stars is not a tragedy. Many tears were shed whilst watching the film, but somehow I left the cinema feeling that I had witnessed something important and special. The tale of Hazel and Augustus will follow you home and linger for days, but this is exactly the feeling you should have after watching a great film, or reading a great book. Important and meaningful entertainment is not fleeting.

*Many thanks to Penguin Teen Australia for the invitation to the advanced screening. The Fault in Our Stars is released on the 5th of June in Australia and the 6th of June in the United States.

Email ThisBlogThis!Share to TwitterShare to FacebookShare to Pinterest
Labels: Adaptations, Movie Review, The Fault in Our Stars